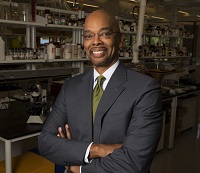 Dr. Herman A. Taylor is a nationally-recognized cardiologist leader with broad experience and success in key areas including invasive practice/research. Over the last decade he has focused predominantly on preventive cardiology and leadership of the landmark Jackson Heart Study (JHS) and ancillary observational research projects.

Dr. Taylor was appointed in 1999 as the Principal Investigator and Director of the Jackson Heart Study, the largest epidemiological study of African Americans and cardiovascular disease of its kind ever undertaken.

Since assuming that role he has held three simultaneous positions with the institutions funded by the NIH to administer the Study: Professor of Medicine and an attending cardiologist (and the inaugural holder of the Aaron Shirley Endowed Chair for the Study of Health Disparities) at University of Mississippi Medical Center; Visiting Professor of Biology in the Division of Natural Sciences at Tougaloo College; and, Clinical Professor of Epidemiology and Preventive Medicine at Jackson State University. In addition to establishing a resource of international importance for the study of CVD, the JHS has evolved highly successful teaching and community service components tightly linked to the Study.

Dr. Taylor has held leadership and academic cardiology roles at the University of Mississippi Medical Center (UMMC) in Jackson and the University of Alabama at Birmingham (UAB) prior to coming to MSM. After serving as Chief Cardiology Fellow at UAB, he joined the UAB cardiology faculty, rising to associate professor in 1997 and was a founding Medical Director of UAB Hospital’s Cardiac Rehabilitation Center. His clinical service has included attending physician in cardiovascular disease and internal medicine at UAB, Cooper Green Hospital and Birmingham Veterans Administration Medical Center.