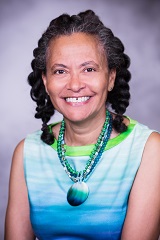 Jones CP, 2018, Toward the Science and Practice of Anti-Racism: Launching a National Campaign Against Racism, Ethnicity and Disease, 28, 231-234