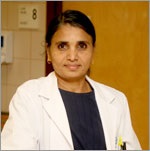 Developed the “Emory Method” for rapid removal of Norplant implants

Reproductive health consultant for women with HIV at the Fulton County Ryan White program. She has been a member of the speakers' bureau at the Emory Regional Training Center and gave over 300 lectures, across the Southeastern United States, on various reproductive health issues including STDS and HIV. As a consultant to Cicatelli Associates Inc, she provides training in many reproductive health issues to clinicians in the Southeastern United States. She has been an STD consultant to the State of Georgia since 2007. In that capacity she provides state wide STD training to clinicians across Georgia.

1995: Participation in professional activities: Served as a special reviewer for the journal “Obstetrics & Gynecology”

Member of the American Society for Colposcopy and Cervical Pathology

Member of the Association for Reproductive Health Professionals