Students Get Personal, Learn About Classmates, Themselves During Orientation 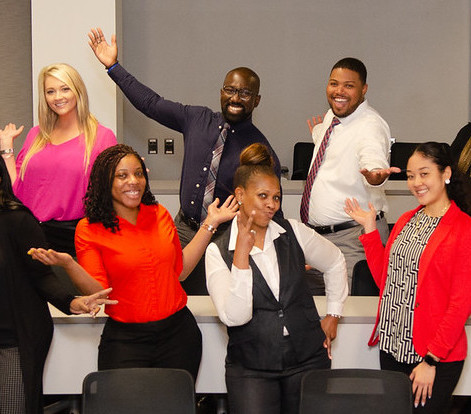 There were laughs; there were cheers. There were hugs; there were tears. It was a busy, sometimes emotional first day for the 20 members of Morehouse School of Medicine’s inaugural Physician Assistant Studies program class as they gathered for orientation on June 3.

Although classes don’t start until June 10, there was plenty of education taking place, as students learned more about their classmates. And themselves.

The day began with the obligatory introductions, as students told a little about themselves and why they want to become PAs. Some were motivated by positive interactions with PAs during their undergraduate work. Others were driven by more deeply personal reasons: a long-term illness they or a loved one suffered, the death of a friend or relative, or tales of sacrifices made. The stories had class members along with PAS faculty and staff reaching for the boxes of tissue on each table.

The day also included some self-exploration as class members took the True Colors personality assessment to help better understand team communication, and the KOLB Learning Styles Inventory, one of the best-known and widely used learning style theories. Program leaders also discussed “Surviving PA School,” a primer on what to expect in making the transition to this 28-month graduate program, and tools for success in basic science courses.

Orientation continues throughout the week. Take a look at some first-day scenes in our photo gallery.