Dr. Chima Ohuabunwo, a professor of medicine at the Morehouse School of Medicine, is a recognized epidemiologist who was part of the on-the-ground team in 2014 coordinating efforts in West Africa to contain the spread of the disease. 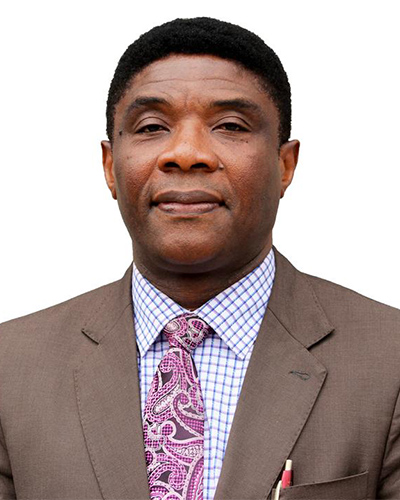 By Donovan Thomas, The Atlanta Journal-Constitution

Ugandan health officials reported this week that six schoolchildren in the capital city of Kampala have tested positive for Ebola as the month-old outbreak worsened. At least 15 people in the city have been confirmed to have the Ebola infection.

The sickened children, all members of the same family, attend three different schools in Kampala and health officials said they were “following up” on another 170 of their contacts at their schools. Ebola, which manifests as a viral hemorrhagic fever, is spread by contact with bodily fluids of an infected person or contaminated materials.

Global health officials report the Ugandan outbreak is rapidly evolving, creating difficulty for Ugandan health workers in that country. As of Wednesday, there have been 109 cases and 30 deaths reported in Uganda’s outbreak.

U.S. health officials say the risk level in the United States, however, remains low and no cases have been suspected or confirmed. In the 2014-2016 Ebola outbreak in the U.S., two people died and 11 people were sickened and treated for the disease. In West Africa, the disease killed 11,000 people.

Earlier this month, the outbreak of the highly contagious disease led U.S. health officials to impose travel diversions for all people entering this country by air from Uganda. The precautions require passengers on incoming flights to be routed to five major airports, including Hartsfield-Jackson International in Atlanta, to be tested.

Dr. Chima Ohuabunwo, a professor of medicine at the Morehouse School of Medicine, is a recognized epidemiologist who was part of the on-the-ground team in 2014 coordinating efforts in West Africa to contain the spread of the disease. The Atlanta Journal-Constitution spoke with Dr. Ohuabunwo, who is also a CDC-trained Epidemic Intelligence Service officer. This interview has been edited for length and clarity.

Q: What caused the United States to put airport measures into effect regarding the Ebola virus?

A: As you know, science evolves and we learn from experiences. The 2014 Ebola outbreak got to the U.S. just by flight -- and people died here. The World Health Organization, the CDC and other organizations that are a part of the global health effort on that international health regulation have decided, based on the experiences of the West African Ebola outbreak, to put some measures in place.

Once it (Ebola) was identified, then measures were put in place to check the spread of the disease, so it doesn’t cause high levels of morbidity and mortality, while also being cautious not to hamper significant economic activities and travel.

One of the key lessons learned is that when the disease is identified in a community or in a country, then people traveling should be screened immediately before they leave their country. If you’re sick, you’re helped and prevented from taking the disease. Putting immediate measures of entry and exit screenings helped in the past, and it is a strategy that worked.

Q: What kind of communications have physicians nationwide received about Ebola?

A: Following the 2014 Ebola outbreak and the COVID-19 outbreak, both the CDC and the government built up additional systems. For instance, there are 10 regional Ebola treatment centers in the U.S. now. There is a network between the CDC, the state departments of health and regional centers.

Information has been shared by the CDC. There are protocols that have been developed and shared with the agencies and the airport to know what to do and how to screen people when they come. Then, we have to refer people if they are found to be sick. That information is being shared across the country through the network that was strengthened and built between the 2014 Ebola outbreak and the COVID-19 outbreak.

Then there is information to the public, which is critical. Letting people know what they ought to do, what Ebola is and how the infection is transmitted, etc. Ebola is not airborne like COVID-19. It comes from human contact with bodily fluids like blood, semen and saliva. People have also been told signs and symptoms.

Q: What are some new developments around Ebola?

A: Before now, you could not prevent Ebola with a vaccine. Following the 2014 outbreak and intense research, the Food and Drug Administration approved a vaccine for one of the strains of the virus that causes Ebola.

Unfortunately, the outbreak in Uganda is a different species and we are not sure if the vaccine can protect against the different strain. But this is an opportunity to do more research and push to see if we can find another vaccine for this species.

Q: Does the U.S. have an adequate plan to treat and care for Ebola patients in the event of an outbreak?

A: Yes, because we’ve had previous experience. In 2014, a lot of physicians went as volunteers to support treatment in the West African countries. A regional network has been built, so you have Ebola treatment centers, including here in Atlanta. There’s coordination between the universities, the research centers and the Georgia Department of Public Health.

I believe the country should have enough infrastructure and resources to treat Ebola cases because of the previous experience. We have the laboratories ready to test and quickly diagnose. We’ve set up the screenings at the airports and there’s a network of epidemiologists across the country. Then, they have people ready to do contact tracing.

Q: What motivates how you approach the work that you do?

It was not just something that I was exposed to. I knew the people I saw the impact, the human toll, the economic devastation, the long-term challenges that outbreaks impose on communities, states and countries. The driver is that this, to a great extent, is preventable.

The greatest public health discovery that I would say, which is vaccination, protects against a lot of these diseases. So, if we could educate the people, get them to vaccinate, which we have access to, then most of the outbreaks could be avoided.

This article includes information from The Associated Press.