Morehouse School of Medicine researchers are recording the stories of Black women
who have survived life-threatening complications of pregnancy or childbirth. 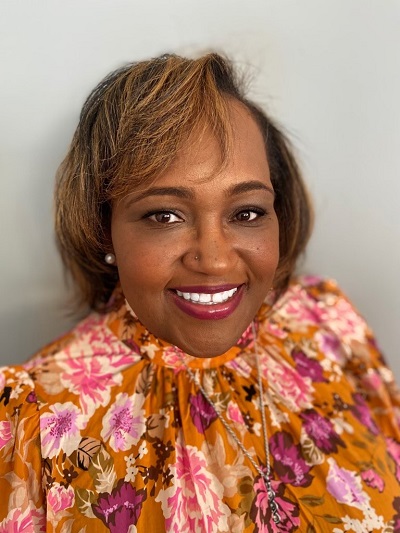 ATLANTA - A unique new project at Morehouse School of Medicine highlights the stories of Black women who have serious, sometimes life-threatening, pregnancy or childbirth complications.

One of them is 45-year-old Dr. Tennille Leak-Johnson, who said it took her a decade to feel comfortable sharing her story.

"It was not what I thought pregnancy was going to be like, you know," Leak-Johnson said.

The assistant professor of physiology at Morehouse School of Medicine said she nearly died after delivering her first son, Stanley.

"Even to see the picture that they took of me when I was on life support, I couldn't even look at it initially," she said. "It was just so heartbreaking."

For each death, experts say, 50 to 100 more women who survive suffer severe complications.

So, Dr. Natalie Hernandez, the executive director of Morehouse School of Medicine's Center for Maternal Health Equity, and her team are collecting these survivor stories for a kind of oral history archive known as the Maternal Near Miss project.

"Because, again, there's such an underestimation of what's really happening," Dr. Hernandez says. "And, these are women who are alive, thank God, to be able to tell their stories."

Leak-Johnson was almost halfway through her pregnancy with Stanley in 2011 when ultrasounds showed he was not growing like he should.

When her blood pressure spiked at 29 weeks, Stanley was delivered by emergency c-section, and Tennille, bleeding internally, spent five days on life support.

"I had him on a Friday. And when I woke up, I was at a totally different hospital, and it was on a Wednesday," she remembers. "I was told there that I was bleeding internally, I had blood clots."

He is now healthy, but Leak-Johnson said she blamed herself for the complications.

"Like, you know, if I wasn't obese, if I didn't do this, if I had the knowledge in this, or chose the right doctors, like this wouldn't have been happening," she remembered thinking.

"A lot of women felt because they were Black that they weren't listened to," Dr. Hernandez said. "I think we heard that in about 80% of the stories that were shared with us."

So far, Hernandez and her team have interviewed 87 women.

Of that 87, 56 of them had a so-called near-death experience.

Their stories are expected to be shared with healthcare providers, policymakers, and the National Library of Medicine.

Hernandez said she hopes it will raise public awareness about the maternal mortality crisis in the U.S.

It was not until 2018 when Leak-Johnson and her husband Stanley lost their second son Isiah to stillbirth at 23 weeks that she was finally diagnosed with a blood clotting disorder.

Doctors typically do not screen for the disorder until a woman experiences multiple pregnancy complications, she said.

"They told me that I should have been on blood thinners the entire time for both pregnancies," she said, pausing.

Leak-Johnson said she hopes the stories she and the other women have shared will inspire healthcare providers to listen and really see women of color.