The Affordable Care Act is the most comprehensive law ever addressing the health and civil rights needs of vulnerable communities, and it is the most sweeping healthcare law the country has seen to date.

To Daniel E. Dawes, executive director of Government Relations, Health Policy & External Affairs at Morehouse School of Medicine (MSM), it is also something simpler: it is a beautiful work of art.

"It is the most inclusive law ever developed by Congress not only in terms of its content, but also in terms of the diverse group of individuals, institutions, providers, and payers,  who were brought to the table to develop and inform it," said Dawes, who explores the hidden backstory of the Act in his recently released book, 150 Years of ObamaCare.

An attorney, Dawes founded and led a national coalition of organizations that helped shape ObamaCare and advanced a health equity agenda in the bill - one of the most challenging legislative feats in U.S. history. Examining the bill from a health equity perspective,150 years of ObamaCare discusses what went on behind the scenes and examines the Act from the context of previous health reform efforts, according to publisher Johns Hopkins University Press.

Dawes looks back in history to pre-20th century efforts to advance mental health, minority health, and universal health reforms. Congress, in 1865, authorized the Freedmen's Bureau, which aided freed slaves and former Confederate soldiers with medical care and other needs. But just seven years later, political infighting won out and rendered it a thing of the past. With opposing policymakers today threatening to dismantle the Affordable Care Act, Dawes sees a disturbing parallel. "If history is any indication of what the future is going to be, we should all be concerned," he said. "We all should be fighting to protect the law and strengthen it so that we continue to have a strong safety net for our nation’s most vulnerable people."

The book also details health equity advocacy involving Dr. David Satcher, 16th U.S. Surgeon General and founder of the Satcher Health Leadership Institute at Morehouse School of Medicine who wrote the foreword to 150 Years of ObamaCare, and Dr. Louis Sullivan, former Secretary of Health & Human Services, founding dean and president emeritus of Morehouse School of Medicine who said, “Daniel Dawes provides an impressive, brilliant, evenhanded, and deeply convincing narrative on why ObamaCare matters, how it impacts different groups in our society, and what is left to do."

MSM President and Dean Valerie Montgomery Rice, M.D., praised the book, saying: "Engaging and highly instructive, 150 Years of ObamaCare illuminates the continuing inequities in our healthcare system as well as the tremendous advocacy work done by many, including our very own leadership here at Morehouse School of Medicine."

"It’s absolutely clear that without this institution, without the people here and the research we've done, we wouldn’t have been armed with the information we need to inform policy," Dawes said. "This is why Morehouse School of Medicine is so important to this work. It has been from the very beginning, and it will continue to lead even more so into the future." 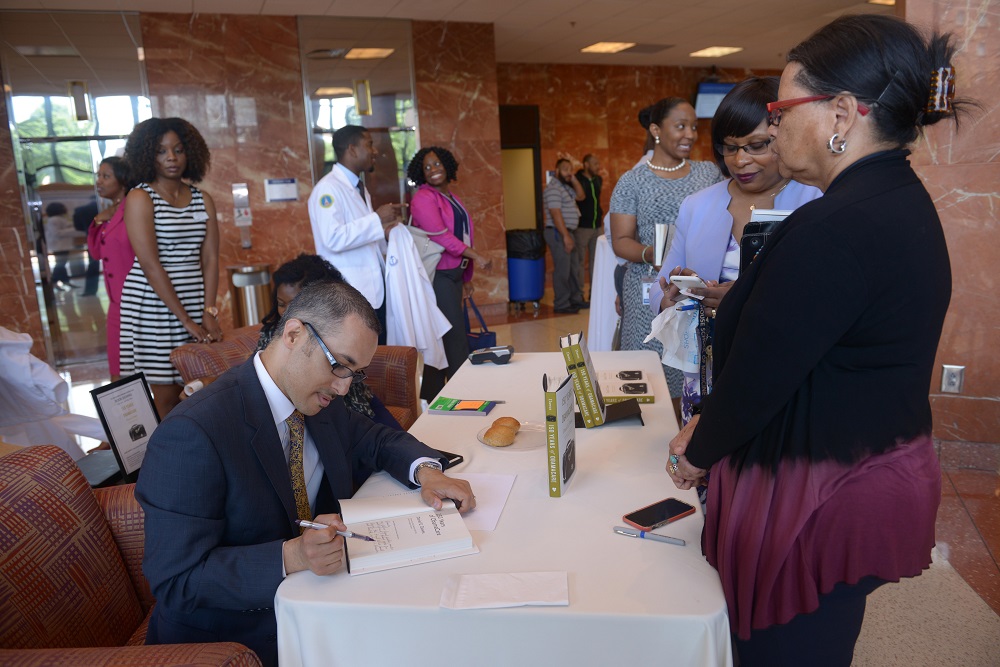