Georgia Receives a "D" on March of Dimes

Georgia earned a “D” on the 2015 March of Dimes Premature Birth Report Card, which for the first time graded the state’s cities and revealed persistent disparities between communities and among racial and ethnic groups.

Georgia’s preterm birth rate was 10.8 percent in 2014, according to the National Center for Health Statistics. The rate was worse than the new March of Dimes 2020 goal of 8.1 percent. And, there are communities within Georgia that are trailing behind the state’s rate. Atlanta, Augusta, Columbus and Savannah all had preterm birth rates that were worse than the statewide rate.

“This detailed information will show us where we have the greatest need and allow us to meet the unique needs of each community,” said Dr. Valerie Montgomery Rice, President and Dean of the Morehouse School of Medicine and member of the March of Dimes Chapter Board. “Our state is not doing as well as we should in preventing premature births and too many of our babies must fight to overcome the health challenges of an early birth. Premature birth is the number one killer of babies and many of our families still face that fear. There are large gaps in the preterm birth rate between communities in our state, and racial and ethnic disparities persist.” 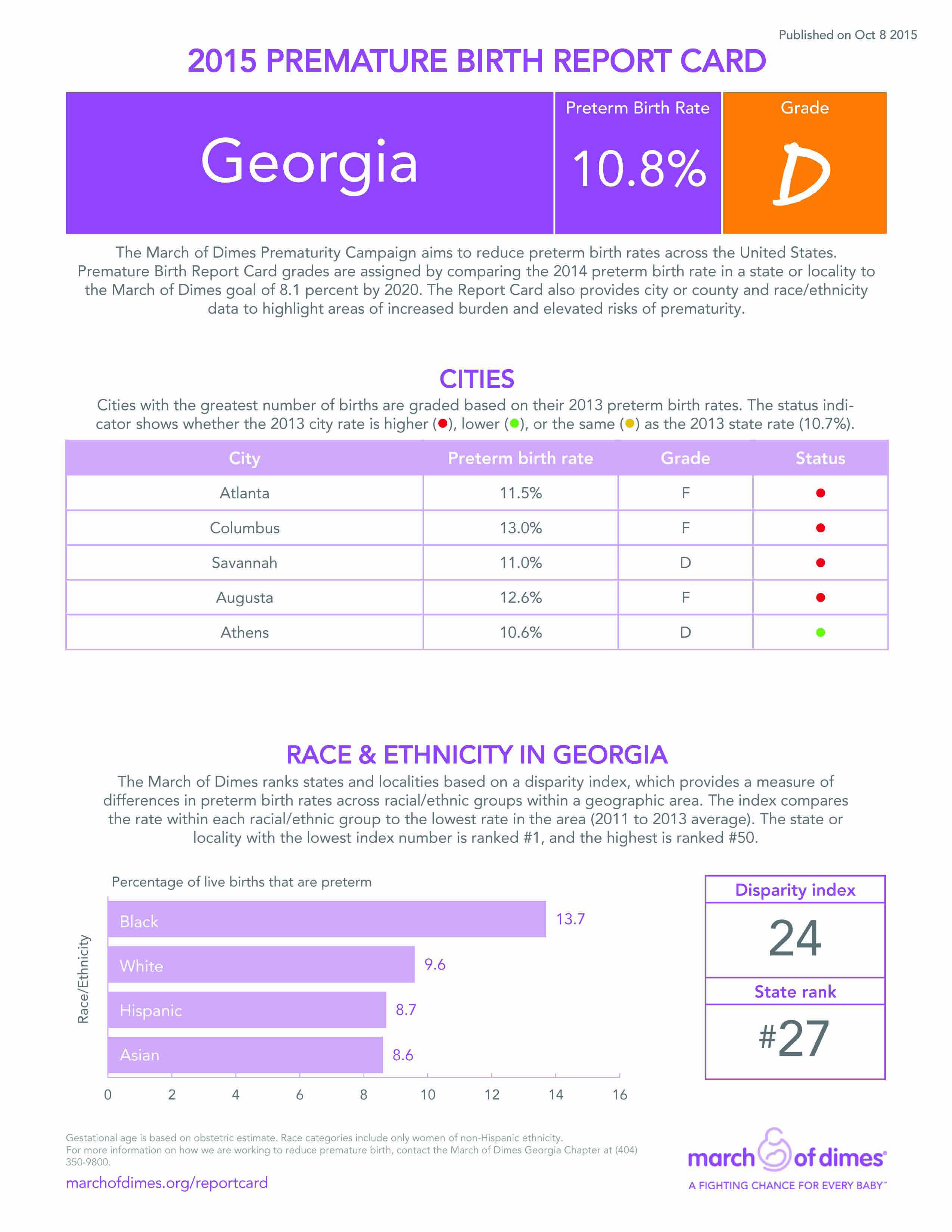 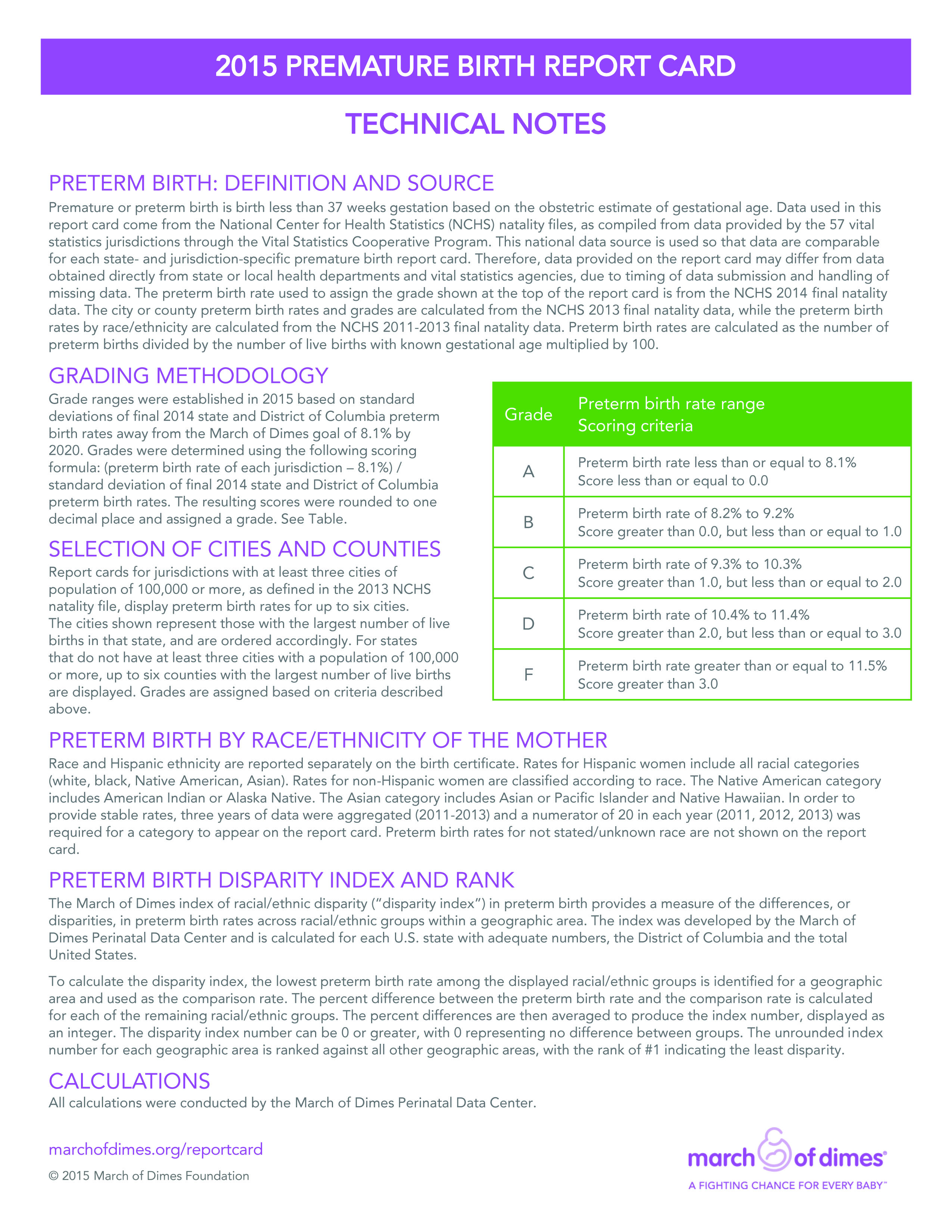