Now or Never for Young Men of Color 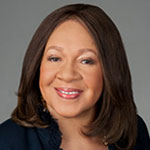 According to Bureau of Justice Statistics figures analyzed by the Sentencing Project, the number of people incarcerated in state and federal prisons reached 1,483,900 in 2012. In addition, there were 744,500 people in local jails, a total incarcerated population of 2.3 million. Twice as many – another 4,781,300 people – were on probation or parole in 2012, meaning nearly 7 million people in America were under some form of criminal justice supervision.

That’s more people than the combined population of Los Angeles and Chicago, the nation’s second- and third-largest cities.

The U.S. incarceration rate of 716 people per 100,000 population is the highest in the world, according to the Sentencing Project. And people of color carry a disproportionate share of that burden.

Roughly 38 percent of people in state or federal prisons were Black, 35 percent were White, and 21 percent were Hispanic in 2011. Mass incarceration not only affects families and communities, but is also taxing public safety agencies and the criminal justice system. It is time for the nation to wake up and begin to address the real cause of these problems before it is too late.

Research has shown that contributing factors to this sad state of affairs include inner city crime, high crime and drug arrest rates, “War on Drugs” policies, racial bias and inadequate criminal defense services provided to low-income people of color. African-American young men make up 30 percent of all juvenile arrests; 44 percent of all young men who are detained; 62 percent of young men who are judicially waived to adult criminal court; and 58 percent of all youth admitted to state prisons, according to the Center on Juvenile and Criminal Justice.

The Sentencing Project also reported to the United Nations Human Rights Committee that racial disparity pervades “every stage of the United States criminal justice system, from arrest to trial to sentencing.” This report called for additional funding to public defenders and systemic reform on public safety agencies and the court system.

So, how can we begin to disrupt this vicious “Prison Expressway” that is plaguing this nation? Intervention at the earlier stages of an at-risk youth’s life will be crucial in pivoting that child away from a downward spiral. Today’s youth have so much potential to be productive and contributing citizens to their communities. If we work towards strengthening relationships between the community, local businesses and the criminal justice system, this will make room for stronger collaborations that will aid in reducing the scale and inequities of incarceration.

Historically, faith-based organizations have served as a safe haven within minority communities. However, to address the issue of mass incarceration six key sectors of the community including must be engaged: education, media, health and wellness, community, criminal justice reform and workforce development.

In Atlanta, organizations such as Community Voices: Healthcare for the Underserved are working with young men of color who have had prior contact with the criminal justice system. These organizations work to assist men with housing, food, job placement, medical appointment transportation, computer classes and advancing their education. Adequate employment can make the difference between becoming a productive citizen and falling through the cracks into the judicial system. Effective and strategic collaborations with government agencies, education and community stakeholders make these programs more successful.

Given the current state of community unrest, the larger issue of mass incarceration, unequal sentencing and treatment of young men of color must be addressed from a systemic and community level. President Obama has the right framework in mind by launching the “My Brother’s Keeper” initiative in February. This bi-partisan initiative encourages businesses to contribute to training and education programs for at-risk youth, in conjunction with businesses, foundations and governmental agencies, to identify government policies that cause unnecessary barriers to success for young men of color and provide solutions for improving their lives.

I believe we as a community and nation must remain engaged and committed to saving our young men. If we do not save them, who will?