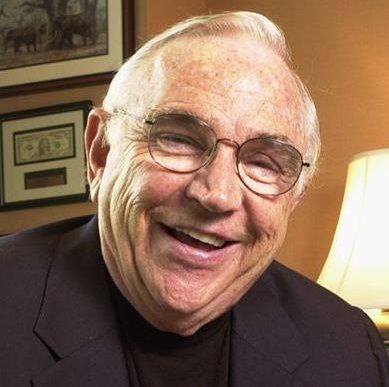 Morehouse School of Medicine was founded by Morehouse College on April 2, 1975.

The Charter Class of 24 medial students was enrolled on September 12, 1978 with classes held in the educational facilities of Morehouse College.

The first formal fund-raising campaign of the Morehouse School of Medicine was launched in the fall of 1978, with Donald R. Keough, President of the Coca Cola Company, as Campaign Chairman.  The campaign’s financial goal was $1.5 million, to match a construction grant of $5.0 million from the U.S. Department of Health and Human Services for construction of the medical school’s basic medical sciences building.

Working with the advancement firm, Haas, Cox and Alexander, Don hosted a luncheon at Coca Cola’s headquarters for an impressive group of Atlanta’s business leaders.  They raised more than $2.0 million in Atlanta over the next six months.

Because of Don’s leadership, Morehouse School of Medicine was able to construct its first facility, the Hugh M. Gloster Basic Medical Sciences Building, which today houses classrooms and laboratories for the educational activities in the first two years of medical school, in addition to faculty offices and research laboratories.

This successful campaign gave local and national credibility to the new Morehouse School of Medicine, developed the institution’s ties to the Atlanta business and philanthropic communities and enabled the institution to move into its own facilities.  The speaker at the building’s dedication in July, 1982 was Vice President George H.W. Bush.

We were saddened to learn about Donald’s passing on Tuesday, February 24.  An important part of Don’s impressive legacy is the firm foundation he contributed to Morehouse School of Medicine.

As president emeritus of Morehouse School of Medicine, I wish to express my gratitude to Don Keough, who helped in the early development of the institution, the only predominantly African American four year school of medicine founded in the United States in the twentieth century.  Today, the institution has programs leading to degrees in medicine, public health and biomedical research.  There are more than 1,000 physician alumni, in addition to graduates from its masters of public health program and its PhD programs in the biomedical sciences.  All of them received part of their education in the building that Don Keough helped to develop at Morehouse School of Medicine.

We also express our sincere condolences to Don’s wife, Marilyn, to the Keough family and to the Coca Cola Company.