The goal after an 18-month pilot phase is to have a framework in place to change medical trials nationwide. 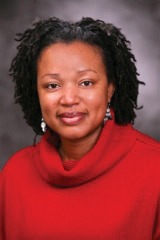 ATLANTA — As vaccines for COVID-19 were released, many people in minority communities expressed hesitancy about taking a vaccine.

It showed the need for minorities to have increased representation in clinical trials and research, both to build trust with patients and for medical experts to have a better understanding of how a vaccine would work amongst various minority communities.

Pharmaceutical Research and Manufacturers of America is funding the program.

"If you're picking up something, a medication you're going to use you want to know people like me, were they represented in the trials so I can expect the results that are being reported would apply to me," said Dr. Priscilla Pemu, Morehouse School of Medicine Associate Dean for Clinical Research, Director of the Clinical Research Center, and Vice Chair and Professor of Research in the Department of Medicine

That hope though is often not the reality. Data from the Food and Drug Administration shows in 2020, 32,000 people participated in trials for pharmaceuticals in development. About 75 percent of those participants were white, 11 percent Hispanic, 8 percent Black and 6 percent Asian.

The lack of diverse participation during trials is felt especially when the condition being researched has a greater impact on a minority community.

Over the next 18 months, Equitable Breakthroughs in Medicine Development will establish a network of 10 trial sites in diverse communities across the southwest and southeast to handle a wide range of trials.

"Going to be focused on the community, the people who are participating, what is their experience and that is going to inform how this clinical trial is done, so by the end of 18 months we have something that can be disseminated."

Across trial sites, there will also be an emphasis on making sure minorities are represented in both the research staffing and trial participants.

"People connect easily when they can identify themselves with the people they're dealing with," Pemu said.

She hopes what is developed is a framework that can be used to build trust and support between researchers and participants in communities that are historically underrepresented in clinical trials.

"Something that is replicable, that is sustainable that can then change the landscape of trials in this country," Pemu mentioned.