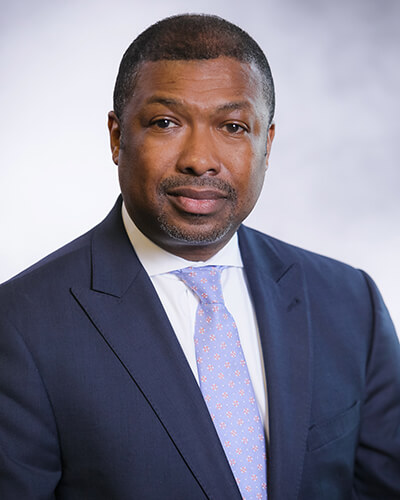 Aaron D. Dent is Chief Procurement Officer for Tishman Speyer, one of the leading owners, developers, operators and fund managers of first-class real estate worldwide. He is responsible for optimizing the firm’s worldwide spending with its suppliers. Prior to joining the company, he served as Vice President of Global Procurement for Merck & Co., Inc. Mr. Dent has over 25 years of financial experience and has served in leadership positions at prominent multinational corporations including Honda, BMW, Deere, Delta Air Lines and Insight-DRB, LLC, both domestically and abroad. He serves on the Board of Trustees of the Morehouse School of Medicine. Mr. Dent holds a B.S. degree in engineering from Michigan State University and an MBA from Emory University.