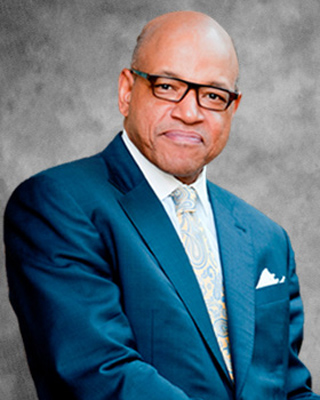 Dr. David A. Thomas has assumed office as the 12th President of Morehouse College, ushering in a new era of leadership for Morehouse, the nation’s largest and most prestigious liberal arts college for men.

His appointment in October 2017 ended a six-month period of leadership transition at the College that began in April when the Board announced its national search for a new Morehouse President. President Thomas was chosen as the top candidate because of his visionary leadership as a business school administrator and his proven track record in fundraising, which includes a capital campaign that raised more than $130 million in five years for Georgetown McDonough.

As Dean of Georgetown McDonough from 2011 to 2016, Thomas led 250 employees and more than 2,000 students through a period of growth, which included the redesign of the MBA curriculum, the launch of the school’s first online degree program, and a $130 million capital campaign. He enhanced academic and professional opportunities for the school’s undergraduate and graduate students, including adding the Global Business Experience and an Office of Professional Development for undergraduates. He also increased the diversity of faculty and staff, launched new research initiatives and boosted the school’s research funding.

Prior to Georgetown, Thomas served as a professor and administrator at Harvard University for two decades. He returned in 2017 as the H. Naylor Fitzhugh Professor of Business Administration at Harvard Business School. He is also a former assistant professor at the Wharton School of Business at the University of Pennsylvania.

In addition to his work as an educator, Thomas serves as a member of the Board of Directors of DTE Energy, the American Red Cross, and the Posse Foundation. He is the recipient of Washington Business Journal’s 2014 “Minority Business Leader of the Year” award and the National Executive Forum’s “Breaking Through: 2020, Beacon Award,” among other honors. Over the past 30 years, he has also worked as a consultant on issues relating to organizational change, and diversity and inclusion for 100 of the Fortune 500 companies as well as major governmental and nonprofit organizations.

Thomas is nationally renowned for his research in managing diversity in the workplace. He has written numerous case studies and academic articles on the subject. He also is the co-author of two related books: “Breaking Through: The Making of Minority Executives in Corporate America,” which is one of the first in-depth studies to focus on minorities who have made it to the top, and “Leading for Equity: The Pursuit of Excellence in Montgomery County.”