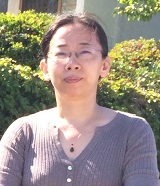 The Liu lab mainly focus on researching cell signaling pathways associated with brain cancer, especially cell differentiation and tumor progression. The current standard of care of surgery and radiochemotherapy for glioblastomas (GBM) is lacking and does not result in improved prognosis. Accumulating evidence show that the failure of using current chemo- and radio- therapies to treat GBM and the resultant of high tumor recurrence are attributed to the presence of a small subpopulation of glioma stem cells (GSC), which is characterized by their stem cell-like properties and aggressive behavior.

Our ongoing research projects include: 1) TRPM7 induces tumorigenesis and stemness through Notch and Stat3 activation in glioma. 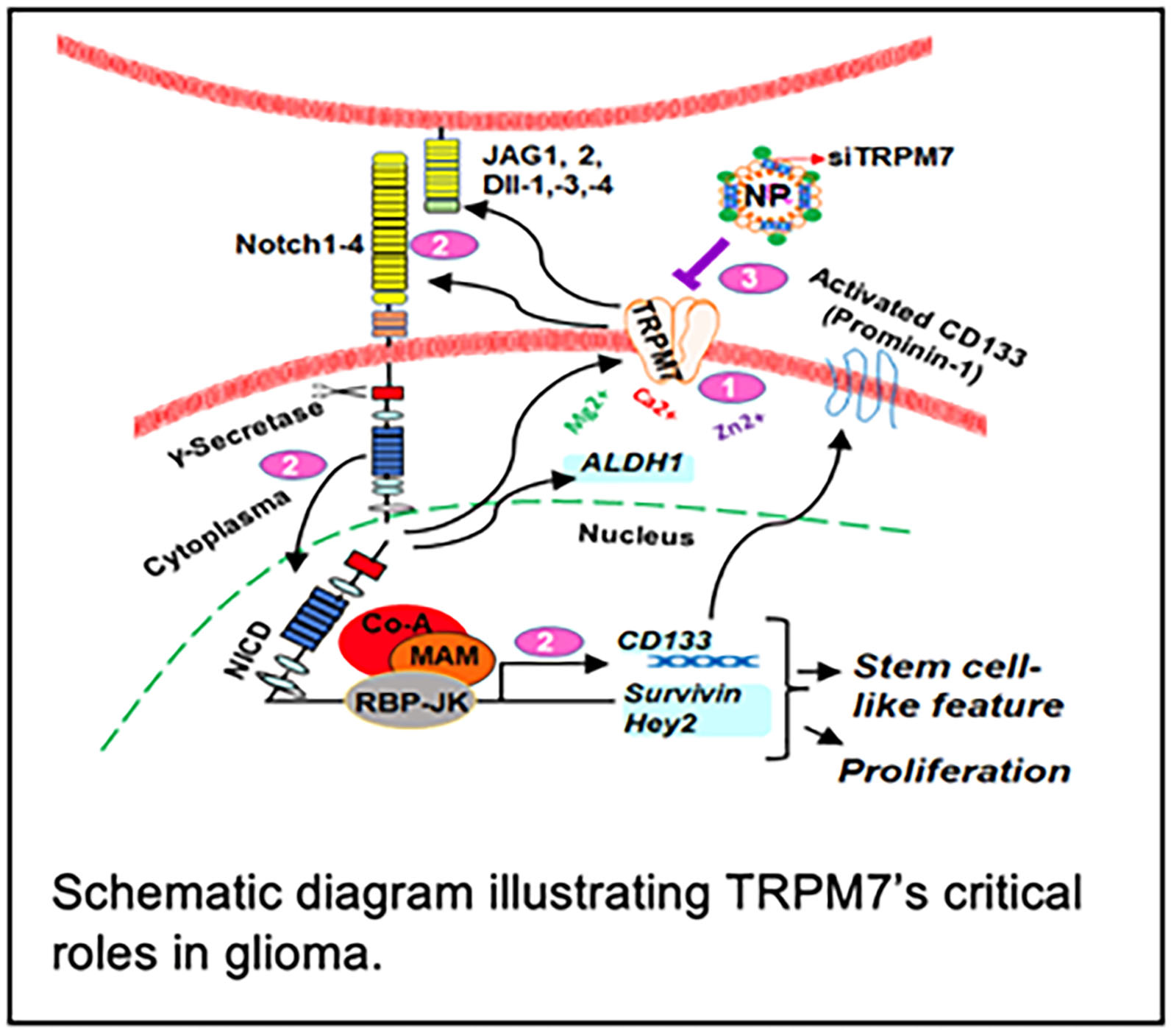 The proposed study will delineate the molecular mechanisms of TRPM7 in the development and progression of glioma tumorigenesis and stemness as well as develop TRPM7 as a novel drug target for glioma patients (see schematic figure). 2) Determination of racial disparities in glioma through Rap1b/Notch -induced tumorigenesis and stemness. We are the first to report that the suppression of Rap1b inhibits proliferation, migration, and invasion of malignant human gliomas, indicating that Rap1b may represent a novel and promising target for therapeutic intervention of malignant glioma. The proposed study will clarify the predictive role of Rap1b in GBM in patients, reveal biological diversity across races and unaddressed health disparities, and evaluate Rap1b’s potential as a therapeutic target. 3) Regulation of malignant glioma stem cells through acid sensor ASIC1. The available mRNA microarray data from both Rembrandt and TCGA reveal that glioma patients with high ASIC1 expression have preferable survival compared to those with low ASIC1 expression, meaning that ASIC1 is associated with improved survival rates of glioma patients and indicate that preserved susceptibility to extracellular pH may impair tumor growth. This study will determine that ASIC1 functions as a tumor suppressor in glioma stemness and tumorigenesis while the stimulation of ASIC1 activity may inhibit GSC self-renewal and temozolomide induced resistance, and the novel knowledge from this study will potentially be used to significantly impact the outcome of glioma patients' treatments and contribute to ion transport proteins studies in other cancers. 4) Regulation of self-renewal and differentiation of neural stem cells by ASIC1a signaling. Our overall hypothesis is that ASIC1a is functionally connected to neural differentiation of neural stem cells (NSC) through the Notch signaling pathway. In this project, we will determine ASIC1a’s regulation of NSC’s neural differentiation using hiPSC-NSCs and ASIC1a depleted cells from ASIC1a knockout mice (ASIC1a-/-).

The overall goal is to better understand and develop mechanism-driven targeted therapies for brain cancer patients. These include identification and characterization of genetic and epigenetic changes during the initiation and progression of brain tumor, functional characterization of these genes and/or proteins in cancer initiation, and development of targeted therapies.