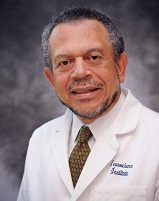 One component of my work focuses on the functional properties of mature neurons from the salamander and primate retina. These are neurons that have completed their neuroanatomical differentiation in the animal. The general approach is to isolate cells following enzymatic treatment of tissue and to use the characteristic morphology of cells to identify them. Our main experimental approaches are electrophysiology and optical imaging. We have studied phototransduction, synapse formation among the classes of retinal cells and the ionic conductances and their compartmentalization in identified cells. To improve the poor adhesion of mature neurons to conventional substrates, we have immobilized select antibodies that target cell surface antigens to coverslips to promote cell adhesion.

A second component focuses on the ability of adult newts to regenerate a new retina from retinal pigment epithelial (RPE) cells. Enucleation of an eye followed by re-implantation leads to retinal degeneration and to the generation of a new retina through a series of steps involving RPE cells. The steps include the depigmentation of the RPE cells followed by proliferation and differentiation of RPE-derived cells into an intact and functional retina. Our aim is to determine the conditions that support retinal regeneration in vitro to help identify the cellular and molecular events that control the retinal regenerative process.