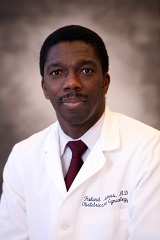 Cancers of the cervix, uterus, ovary and vulvar; cervical and vulvar displasia and gestational trophoblastic disease

American Board of Obstetrics and Gynecology - General Status: Board Certified

American Board of Obstetrics and Gynecology – Gynecologic Oncology Status: Board Certified

2000: The Mannix Award for Excellence in Medical Education, Medical Society of the State of New York