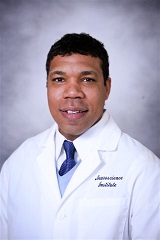 Topics of investigation include:
1). Mechanism(s) of neurotoxicity elicited by pesticides, industrial agents, drugs of abuse and the Parkinson’s inducing agent 1-methyl-4-phenyl,1,2,3,6-tetrahydropyridine (MPTP).

2).The role of Genetic and Environmental interactions in neurodegenerative disease:
Parkinson’s disease (PD) is the second most common neurodegenerative disorder after Alzheimer’s disease.  The mean age of onset is 60. PD is a progressive neurodegenerative disorder characterized by resting tremor, rigidity, slowness in executing body movements and postural instability, which result from the progressive loss of dopamine (DA) producing neurons in the substantia nigra.  Symptoms appear when 80% of dopamine producing cells is no longer functioning or lost. To date, there is no cure for PD, and the cause is unknown.   Although the primary cause of PD is unknown, both environmental and genetic factors are thought to contribute to PD pathogenesis.  Pesticide exposure, rural living, farming, well water drinking, metals, diet, head trauma, and infections have been proposed as potential risk factors.  The lab is interested in how the combination of exposure to environmental chemicals and altered genetic expression may influence neurodegeneration as seen in Parkinson’s disease as well as in Alzheimer’s disease.

3). Pathogenesis of neurodegenerative diseases such as Parkinson’s disease and Alzheimer’s disease as well as other neurological disorders.

6). Neurochemical and molecular pathways involved in memory, cognition, and depression